On the 158th anniversary of the signing of the Emancipation Proclamation, high-profile black leaders came together to announce the signing of the ‘EQUALITY PROCLAMATION,’ a proclamation in 2020, calling for the discrimination against black children in America to finally end. 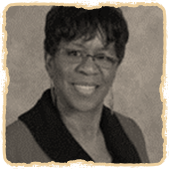 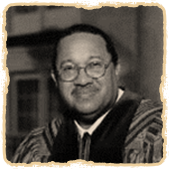 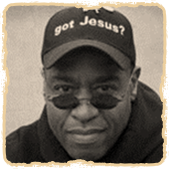 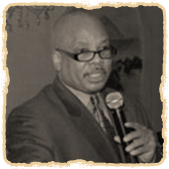 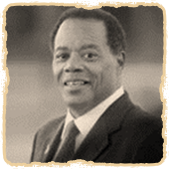 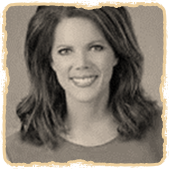 Whereas on the twenty-second day of September, in the year of our Lord eighteen hundred and sixty-two, President Abraham Lincoln first signed the Emancipation Proclamation and was documented as saying, “I never, in my life, felt more certain that I was doing right than I do in signing this paper. If my name ever goes into history it will be for this act, and my whole soul is in it.”

Whereas in Montgomery, Alabama, exactly one hundred fifty-eight years later, on this twenty-second day of September, in the year of our Lord two thousand and twenty, we the undersigned, with those words of Abraham Lincoln in our hearts, do hereby issue this Equality Proclamation on behalf of all the degraded and abused children of God.

Whereas no racial group in American society has ever been left out of societal protection more or suffered more deliberate discrimination, dehumanization, agonizing dismemberment, and death legally imposed upon them than black children.

Whereas black babies in America are currently over three times more likely to be aborted than white babies, and approximately twenty million black babies have been legally and deliberately killed by abortion since 1973 in America, and this systemic racism against them must not stand.

Whereas nothing in the Constitution requires States to allow eugenic abortions, and both the federal and the state governments have an interest in the equal dignity of black babies who are being targeted and discriminated against by the abortion industry, as well as a sworn and solemn duty to afford them equal protection under the law.

Whereas black mothers, many of whom were great-granddaughters of slaves who were sold at auction like livestock, had a right to feel especially betrayed when they learned that their aborted babies’ body parts were being sold for financial compensation.

Whereas in the 47 years since Roe was decided, 3D and 4D ultrasound now shows the perfectly formed tiny hands and body of human children in utero, the detail of expression on their faces, and has captured the images of these children frantically trying in vain to evade surgical instruments in the process of being aborted.

Whereas the cruel and unusual punishment of drawing and quartering, for even the most evil of all criminals, was outlawed in this country only two years after America became a nation, in 2020, it remains an immutable fact that helpless late-term, pain-capable, black babies in America are legally and brutally dismembered alive without anesthesia every day using the common method of abortion called “Dilation and Extraction.”

Whereas, forty-seven years after Roe v. Wade, technology and man’s knowledge has developed to the point where the self-evident humanity of unborn human children and the inhumanity of what is being done to them is now obvious to all reasonable people of conscience.

Whereas Mr. Jefferson articulated the purpose of it all when he said, “The care of human life and its happiness, and not its destruction, is the chief and only object of good government.

Whereas in the current moment when our nation is sharply focused on dealing with the racial division among us, it is right and vital for all Americans to recognize, face, and eradicate this the most blatant and egregious racial discrimination against the most innocent of all victims in our nation’s history.

Whereas Frederick Douglass said, “Truth is of no color-God is the Father of us all, and we are all brethren.”

Whereas President Abraham Lincoln said, “Those who deny freedom to others deserve it not themselves; and under a just God cannot long retain it.”

Whereas, Mr. Lincoln called upon all of us to remember America’s Founding Fathers and “their enlightened belief that nothing stamped with the divine image and likeness was sent into the world to be trodden on or degraded and imbruted by its fellows.”

Whereas Mr. Lincoln reminded “posterity” that “when in the distant future some man, some factions, some interests should set up a doctrine that some were not entitled to life, liberty, and the pursuit of happiness that posterity might look up again to the Declaration of Independence and take courage to renew the battle which their fathers began.”

Now, therefore by virtue of our duty and our right as equal heirs to America’s Declaration of Independence and Abraham Lincoln’s Emancipation Proclamation, and for the sake of all of those who founded this nation and dreamed of what America could someday be, and for the sake of all those since then, who have died in darkness so Americans could walk in the light of freedom, we the undersigned do hereby Proclaim Equality for all of God’s children, born or unborn and of every color, and we adjure our governments and our fellow Americans to “take courage to renew the battle which their fathers began,” to deeply consider these little human victims being “trodden on” … “degraded and imbruted” by their “fellows”; to rise above the politically correct machinations of the day, to search the Constitution, human history, and their own hearts to rediscover the timeless and unspeakably important truth that we all, even the very smallest and most helpless of us all, are still created equal.

Sincerely believing this to be an act of justice, warranted by the just cause of human dignity and equality, the Constitution, and the Creator of us all, we invoke the considerate judgment of mankind and the gracious favor of Almighty God.

In witness whereof, we have hereunto set our hands:

Done at the City of Montgomery Alabama, this twenty-second day of September, in the year of our Lord two thousand and twenty, and of the Independence of the United States of America the two hundred forty-fourth. 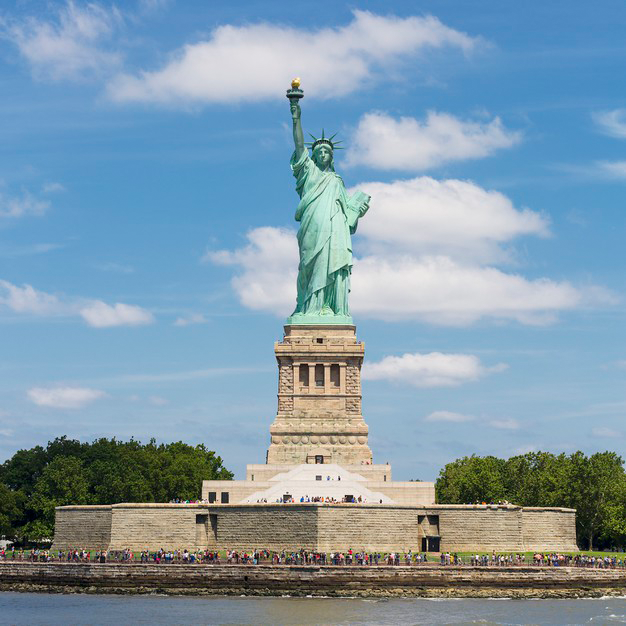 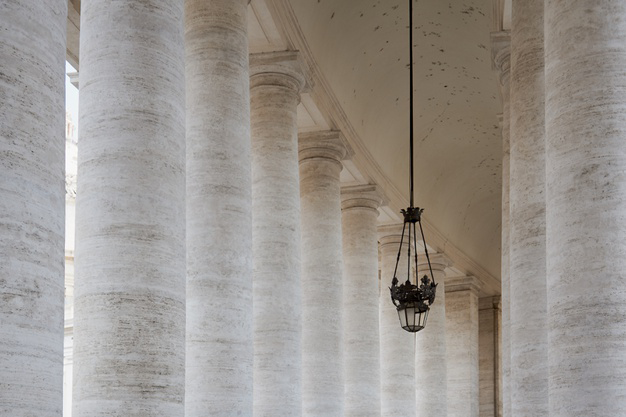 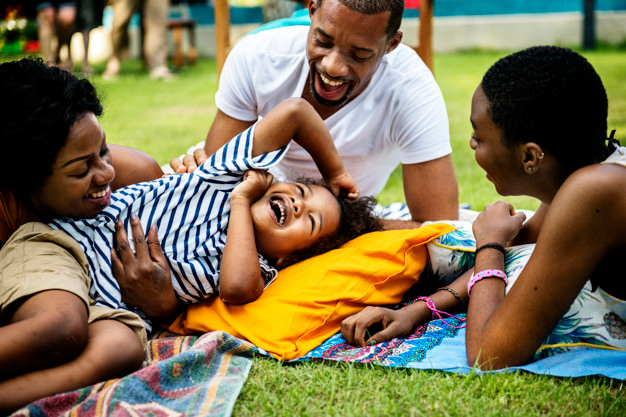 Alabama Legislators Urge the Alabama Courts to Enforce Amendment 930 and The...

Some important questions and facts
around The Equality Proclamation

What is the Equality Proclamation vs Equality Petition?

The EQUALITY PROCLAMATION is a proclamation document signed by high-profile black leaders, who have come together to call for the discrimination against black children in America to finally end. Others, including you, can add your support to this cause.

What does the EQUALITY Petition do?

The EQUALITY petition asks the State Supreme Court of Alabama to issue a writ of mandamus clarifying to elected officials in Alabama that the U.S. Constitution empowers them, and Alabama’s Constitution requires them, to take all actions necessary to prohibit discrimination against black women and against unborn black children in Alabama to ensure their equal protection under the law.

Why are you not trying to protect other groups of babies (little girls, babies with down syndrome, and other disabilities) who are also impacted by higher proportional abortion rates?

The Petitioners seek to leave no minority or any other group of children out of the scope of this petition. Petitioners hold that Alabama’s Constitution, homicide, wrongful death, and probate laws protect all children in Alabama from discrimination, and we seek to leave none of them out. This petition specifically focuses upon and emphasizes its plea on behalf of black women and children in Alabama because the abortion industry’s egregiously disproportionate and discriminatory practices toward black women and children are far more pronounced than in any other races. We believe that if America can open its eyes to this the most egregious discrimination in our nation’s history that it will also open our eyes to discrimination against any child for any reason.

Won’t the U.S. Supreme Court in keeping with Roe v Wade just strike down a favorable decision on the EQUALITY Petition by the Alabama Supreme Court?

It would be morally unconscionable, constitutionally indefensible, and without judicial or legal precedent for the U.S. Supreme Court to rule that the United States Constitution prohibits Alabama from legally preventing discrimination against black babies in Alabama. No U.S. Supreme Court decision since Dred Scott (including Roe and Casey) would prohibit states from legally preventing discrimination against these babies.

Is there any real research showing that African-American babies have been historically and currently targeted by the abortion industry?

If younger generations, especially young black Americans, ever view the documentary “Maafa 21” and see the truth just once, the abortion on demand crowd will never be able to lie to them again. If people, and especially the MEDIA, are truly interested in honestly understanding the plight of black children in this country’s history, they have a duty to watch this historic documentary.